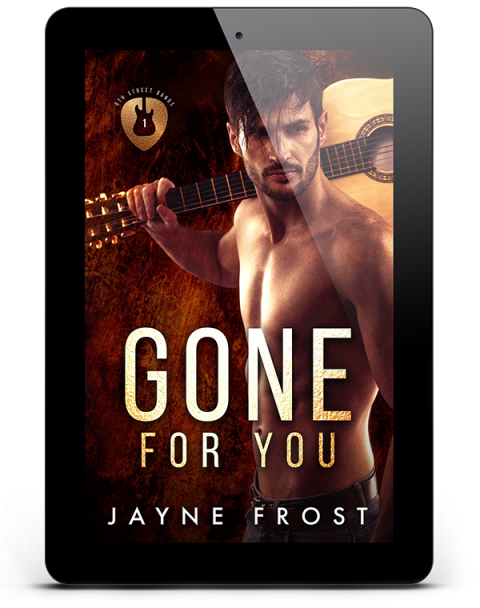 He’s a sexy rock star with a few days to kill. And he’s got his sights set on me.

Struggling artist Lily Tennison only has a few months before she can quit her job at Austin’s most luxurious resort and pursue her true passion. Painting.

But when Cameron Knight, the sexy as sin guitarist for the band Caged, needs a place to hide out from the press for a few days, Lily’s entire world turns upside down.

Dangerous. Sexy. Wild. Cam is everything Lily shouldn’t want. Not to mention, a fling with a musician might just be the one thing that severs her relationship with her family for good.

Cameron loves his life. His freedom. His music. When it comes to women, there’s no such thing as a repeat performance. But one night with the gorgeous blonde has him bending the rules.

Lily wants a taste of something forbidden.
Cameron wants to give it to her.
They’ve only got four days.
So what could it hurt?

Gone For You is a light hearted introduction to Jayne Frost’s angsty rock star romance series, The Sixth Street Bands, Each book in the series features recurring characters, but can be read as a standalone. NO CLIFFHANGERS.

ALSO IN THIS SERIES

FALL WITH ME
BOOK TWO 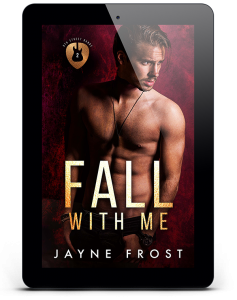 MISSING FROM ME
BOOK THREE 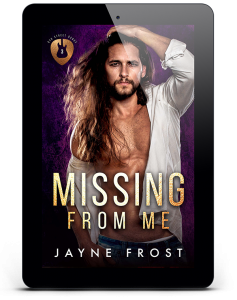 LOST FOR YOU
BOOK FOUR 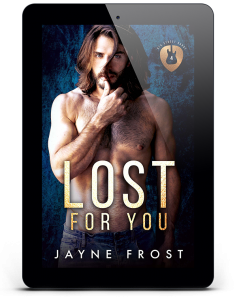 DOWN TO YOU
BOOK FIVE 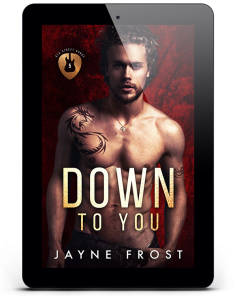 FIND OUT MORE
WHAT READERS ARE SAYING ABOUT GONE FOR YOU

An engaging, witty, sexy as all hell take on the quintessential scenario of celebrity falling for the girl next door.

The story was real, Jayne had great characters that had flaws, but yet to me they were perfect.

This book is HOT! Cam and Lily together are amazing! The instant connection between the two set the pages on fire.

Any cookies that may not be particularly necessary for the website to function and is used specifically to collect user personal data via analytics, ads, other embedded contents are termed as non-necessary cookies. It is mandatory to procure user consent prior to running these cookies on your website.